In the previous chapter we created a debug probe from a Blue Pill, and attached it to another Blue Pill board. In this chapter we will run our first Drone program on the microcontroller.

If you haven't installed Rust yet, follow the instructions from rustup.rs. Drone is currently available only for Nightly channel of Rust. You need to install it first:

Not all nightly releases have all components available. The above command will walk backwards in time to find the most recent release with all needed components.

In embedded development often there are various project-specific tasks that are needed to run from time to time. Therefore we encourage using an excellent Rust crate just:

Just is a command runner inspired by make. Whenever you see a project with Justfile at the root, run just --list to see all available commands. Furthermore drone new command will generate a Justfile for you. It is advisable to put alias j="just" to your shell config, so you could just type j instead of just.

The Drone OS project consists of many Rust crates. However there is a single entry point for it - the drone command-line utility:

For now you should have all prerequisites and could follow to the next step - generating your first Drone crate.

Let's tell drone to generate a new Drone crate for us. We have to specify the target MCU family, which is stm32f103 for Blue Pill, the flash memory size, the RAM size, and the project name.

The first thing to do inside the project is to install dependencies:

You should also run this task after each Rust update.

Now we assume you have the Blue Pills connected as follows (as described in the previous chapter): 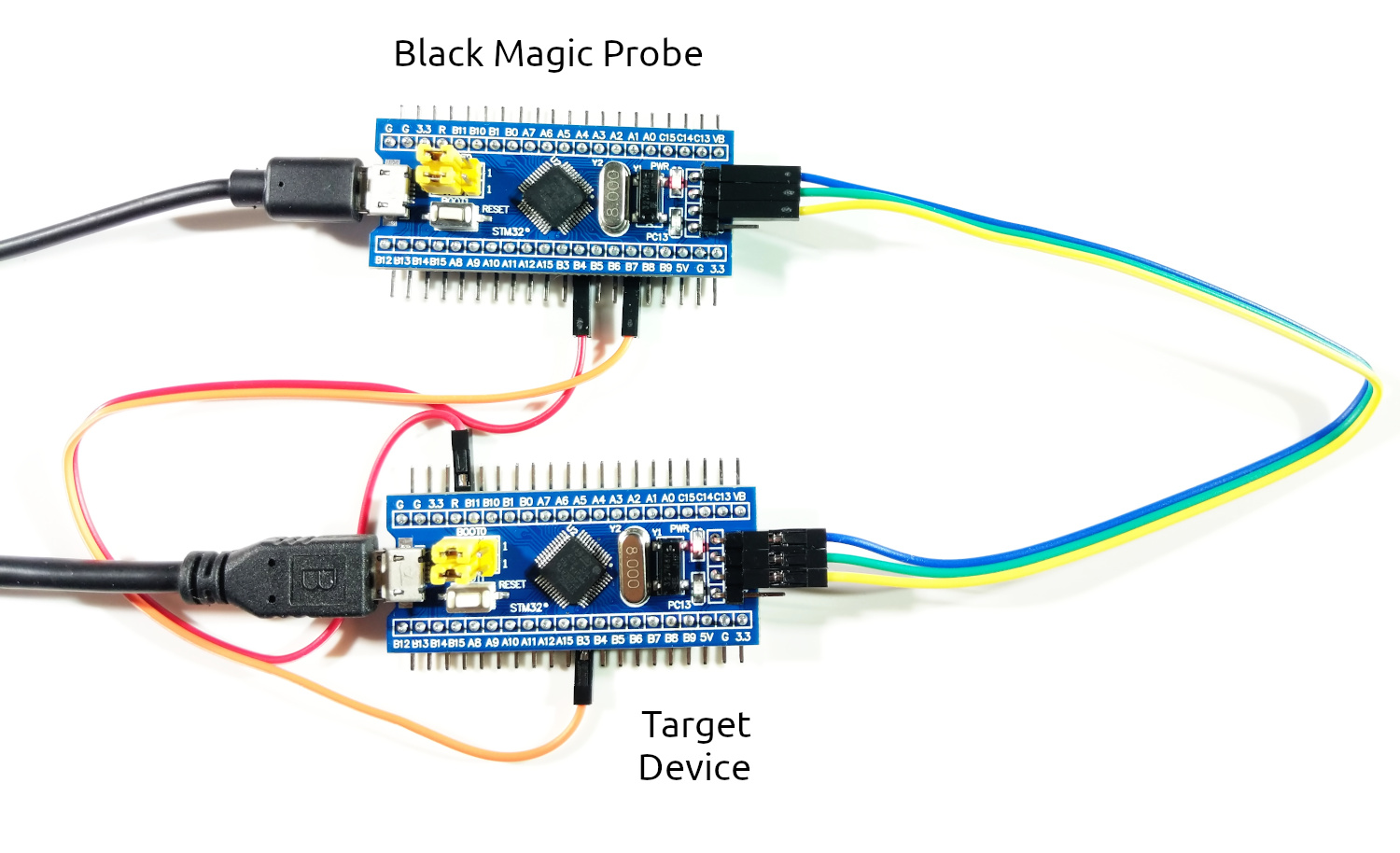 Let's flash our newly created project to the target Blue Pill. If it has to be built first, it could take a while: 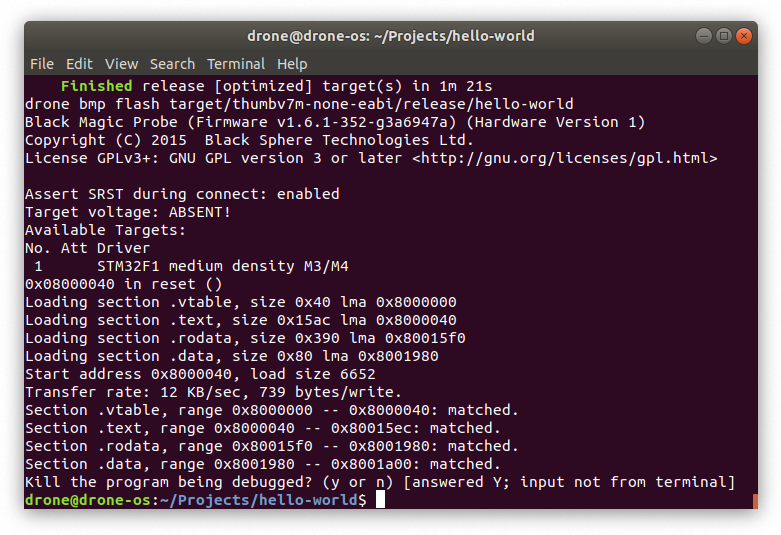 And finally, check the SWO output from the device. 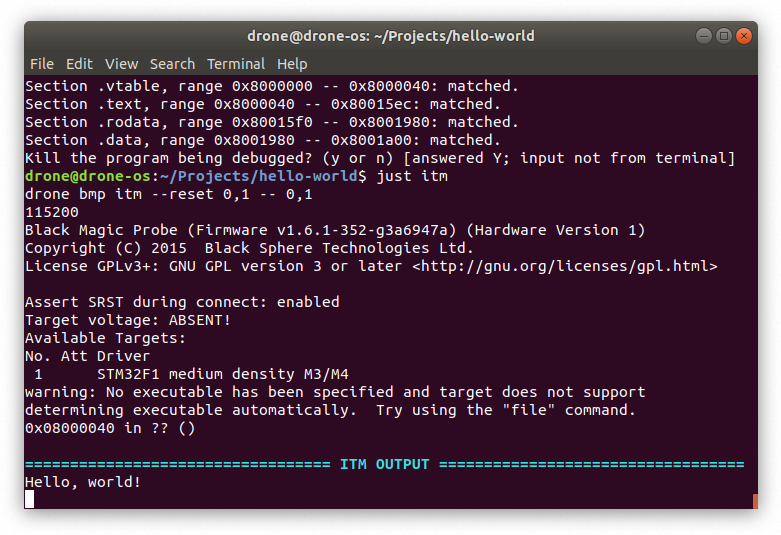 If you see an output like above, congratulations! You have successfully set up an environment for developing Drone projects.